Edit
watch 01:40
The Sandman Will Keep You Awake - The Loop
Do you like this video?
Play Sound

Henry Morgan is a reformed ex-convict who was previously incarcerated in a facility as portrayed in campaign story: Conviction.

Henry was imprisoned for an armed robbery gone wrong which ended in him and Douglas Benedict being subdued and arrested. It appears that Henry was somewhat in thrall to Benedict and it can be further implied that his participation in the armed robbery was mostly down to Benedict obtaining coercive consent from him as opposed to Henry acting out of malicious intent. This is evident in Henry's reluctance and unwillingness to open fire on officers during a shootout.

During his stay at prison, Henry was a suicidal and neglected inmate often left for long periods of time in solitary confinement. It was the work of Doctor Walter Hurst that saw Henry become a reformed, re-conditioned man ready for wider society.

He later reconciled with his wife and young daughter upon his release.

As mentioned by Morgan himself, it appears that he and Benedict are childhood friends and that Henry saw Douglas as an elder brother, hence why he was so easily led astray. 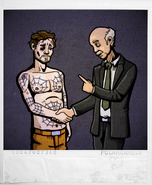 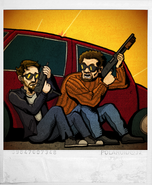 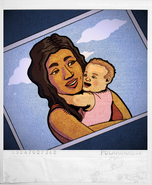 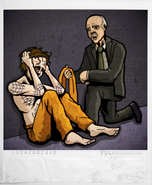 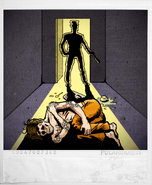 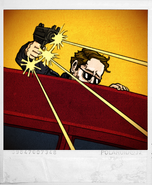